Additionally, the copyrighted "Conditional Pick-4©" Strategy is unlike anything you have ever seen.

The Best mathematical Selections, coupled with a wagering system and strategy equals "Success" !

Purchase selections from any racetrack in the country for $20.00 per card.

The goal is to minimize the number of combinations without minimizing the number of horses under consideration to win the race. Let’s say we wanted to play a pick 4 with 3, 3, 4, and 5 horses respectively in each of the 4 legs. That would be a total of 180 combinations or $360.00. Using, my copyrighted “Conditional Pick-4”   Read More

Selections from the Triple Crown Races  -  Belmont Stakes - 146 , now that was a WOW selection! 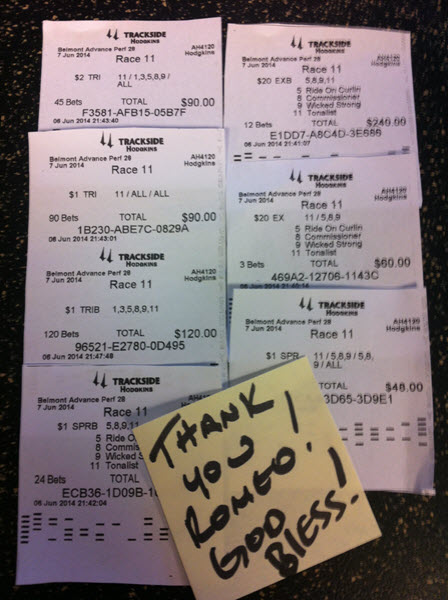